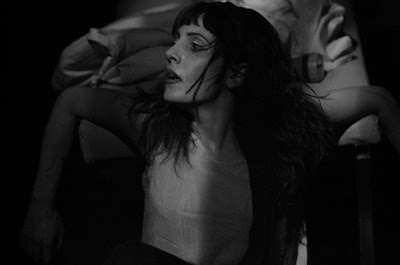 Fadwa Soliman, an Alawite who became an icon in the uprising against Bashar al-Assad, speaks to Al Jazeera from hiding

Fadwa Soliman, a Syrian actress brought up as an Alawite - the sect of Syrian President Bashar al-Assad - shocked many Syrians when she stood on a high platform in front of hundreds of anti-government protesters in one of the most conservative Sunni districts and chanted against Assad's rule.

Following this protest in the central city of Homs, her brother appeared on Syrian government-sponsored TV channel and said he and his family disown her. He said that her actions were probably motivated by money and expressed shock at watching her on Al Jazeera Arabic TV screaming anti-regime slogans in a protest.

Knowing that her fate would be either death or prison, Soliman still wanted to participate in the demonstration to dispel what she said is a perception that all the Alawite community, which makes up around 10 per cent of the population, supports Assad's government.

She said she also wanted to dismiss the government's narrative that those who participate in protests are Islamists or armed terrorists.

Soliman is currently in hiding and is constantly on the run since she said the Syrian authorities are looking for her.

Born in Aleppo, she moved to the capital Damascus to pursue an acting career where she performed in numerous plays, including in No Comment, Dolls' House, Maria's Voice and Media, and in at least a dozen TV shows, including in The Diary of Abou Antar and Little Ladies.

Since the beginning of the uprising on March 15, she has been one of the few outspoken actresses against Assad's government.

Soliman speaks to Al Jazeera about her decision to lead a protest in Homs, the position of Alawite community on the unrest and the possibility of the country falling into a state of civil war...."
Posted by Tony at 7:07 AM