Book Review: An Israeli in Palestine – Part I 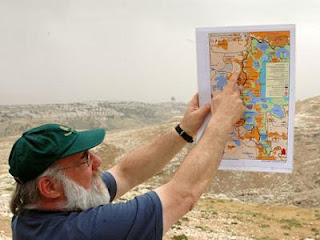 "Jeff Halper is an American-born Israeli Professor of Anthropology as well as a peace and human rights activist for over three decades. In 1997, he co-founded the Israeli Committee Against Home Demolitions (ICAHD), and as its Coordinating Director "organized and led nonviolent direct action and civil disobedience against Israel's occupation policies and authorities."

ICAHD's mission is now expanded well beyond home demolitions. It helps rebuild them and resists "land expropriation, settlement expansion, by-pass road construction, policies of 'closure' and 'separation," and much more. Its aim is simple, yet hard to achieve - to end decades of Israeli-Palestinian conflict equitably and return the region to peace. For his work, Halper was nominated for the Nobel Peace Prize in 2006.

Besides his full-time work, he writes many articles, position papers, and authored several books. His latest and subject of this review is An Israeli in Palestine: Resisting Dispossession, Redeeming Israel. Israeli-based journalist Jonathan Cook (jkcook.net) authored two insightful books on the conflict that are highly recommended. Information can be found on his web site and much more. He calls Halper's book "one of the most insightful analyses of the Occupation I've read. His voice cries out to be heard" on the region's longest and most intractable conflict.

Halper is a "critical insider" and insightful commentator of events on the ground that he witnesses first hand. This review covers his analysis in-depth - in two parts for easier reading. It exposes Israeli repression and proposes remedial solutions. It provides another invaluable resource on the conflict's cause, history, why it continues, and a just and equitable resolution......"
Posted by Tony at 4:51 AM