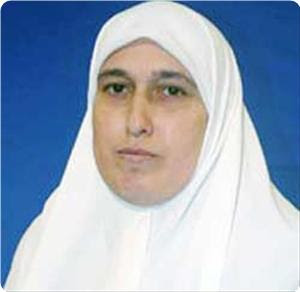 They said that the soldiers encircled and stormed the home of the MP, and noted that the soldiers wreaked havoc in the home after detaining Mansour's children. The lawmaker was then handcuffed and arrested. The soldiers also confiscated all mobile phones and computers in the house, the sources pointed out.

Other IOF units broke into a building in downtown Nablus and rounded up nine Najah University students and confiscated six computers.

The invading troops also arrested a member of the city's chamber of commerce, a money exchanger, a woman and a number of citizens including a 67-year-old man and his two sons.

The soldiers rounded up two young men in Balata refugee camp east of Nablus city, sources said, adding that sounds of explosions were heard during the incursion."
Posted by Tony at 4:42 AM