If Iran is Attacking It Might Really be Israel 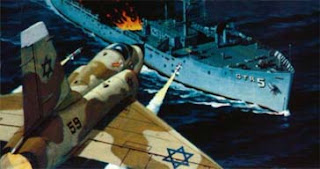 "The Benny Morris op-ed in the NYT last Friday should provide convincing evidence that Israel really really really wants an attack against Iran sooner rather than later. Morris is close to the Israeli government and his case that Iran must be bombed soon and with maximum conventional weaponry to avoid using nukes later was clearly intended to push the United States to do the attacking. The likelihood that Dick Cheney is almost certainly supportive of a US pre-emptive strike and might well be pulling strings behind the scenes, possibly without the knowledge of the Great Decider, makes the next several months particularly significant if a war is to be avoided.

Some intel types are beginning to express concerns that the Israelis might do something completely crazy to get the US involved. There are a number of possible “false flag” scenarios in which the Israelis could insert a commando team in the Persian Gulf or use some of their people inside Iraq to stage an incident that they will make to look Iranian, either by employing Iranian weapons or by leaving a communications footprint that points to Tehran’s involvement. 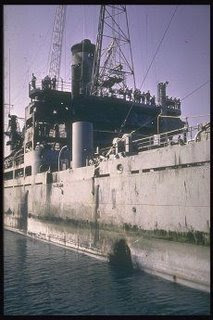 Those who argue that Israel would never do such a thing should think again. Israel is willing to behave with complete ruthlessness towards the US if they feel that the stakes are high enough, witness the attack on the USS Liberty and the bombing of the US Consulate in Alexandria in the 1950s. If they now believe that Iran is a threat that must be eliminated it is not implausible to assume that they will stop at nothing to get the the United States to do it for them, particularly as their air force is only able to damage the Iranian nuclear program, not destroy it."
Posted by Tony at 7:59 PM