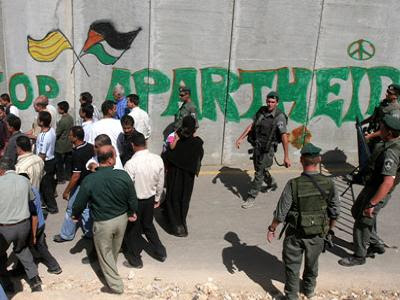 "We all have a common history that crosses borders in terms of both country and time. Together with black and white in South Africa we acted forcefully, taking a stand against apartheid and defining the evil and the good. We became part of a historic decision. A decision that was made by an earlier generation and led to that many today can feel pride over our common history.

Today we can unfortunately read analytical reports showing that the evil remains in other parts of the world. Today we should therefore again react forcefully when this appears, when it becomes visible. Tor Sellström has in his work documented what Sweden did to fight apartheid in southern Africa. South African researchers have now found signs of apartheid in Palestine. But how do we use this knowledge? How does the world react?......

Israel bears the main responsibility to eradicate the crime it has itself created. This can be done by removing the structures and institutions that have led to apartheid and colonialism. There are also rules that demand compensation from Israel for the damage caused. Israel must also ensure that each individual in Palestine has the right to decide over his or her future, political belonging and economic and social development. For this to become possible, everyone living in Israel or within the occupied territory must be equal before the law.

In this work to ensure that each Palestinian can live freely, a third party, for example Sweden has an important voice and an important role. The international community demands in accordance with international law that also Sweden lives up to the common undertakings, to fight apartheid and colonialism in all its forms. South Africa has given us a baton and it is now therefore up to us to dare to pick it up, to begin to call a spade a spade."
Posted by Tony at 4:22 AM