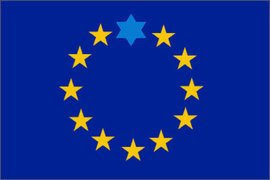 "BRUSSELS, Mar 22, 2010 (IPS) - Diplomats representing the European Union (EU) have drawn up a new plan for strengthening their relations with Israel despite the expansion of illegal settlements in the occupied Palestinian territories.

Spain, the current holder of the EU’s rotating presidency, is eager that work proceeds on formally upgrading the Union’s political and commercial ties with Israel over the next few months.

Although both the EU and Israel had agreed in 2008 to undertake steps designed to integrate Israel into the Union’s economy, work on this dossier has partly stalled because of the subsequent war in Gaza. But a confidential paper written by Spanish officials suggests that fresh discussions should soon be opened with Israel so that the upgrading process can regain its momentum....."
Posted by Tony at 6:37 AM