Obama squeezed between Israel and Iran 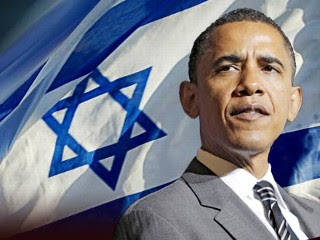 Washington's schizophrenic reaction to the US-Israel "crisis" - a brief scolding followed by talk of an "unshakeable bond" and sanctions "that bite" for Iran, reveals the spat may be theater designed to obscure a not-so-subtle drive to attack Tehran. After all, Israel's powerful friends have determined the broad outlines of US policy in the Middle East for decades.

"The American Israel Public Affairs Committee (AIPAC) annual show in Washington would hardly be out of place in a Quentin Tarantino movie; picture a giant hall crammed with 7,500 very powerful people regimented by a very powerful lobby - plus half of the United States Senate and more than a third of the congress - basically calling in unison for Palestinian and Iranian blood.

The AIPAC 2010 show predictably was yet one more "bomb Iran" special; but it was also a call to arms against the Barack Obama administration, as far as the turbo-charging of the illegal colonization of East Jerusalem is concerned....

But crisis? What crisis? Phyllis Bennis of the Institute for Policy Studies could not have put it better. "Someone seems to have told the Obama administration that a series of polite requests equals pressure. It doesn't. Real pressure looks like this: 'Please stop settlements.' Answer: 'No.' 'Then, you know that [the] $30 billion that [former president George W] Bush arranged for you from US tax money, and we agreed to pay - you can kiss that goodbye.' That's what pressure looks like."......"
Posted by Tony at 6:30 AM