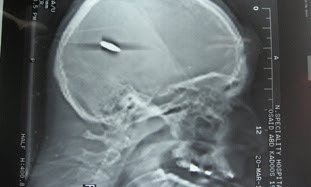 The 19-year-old, who was shot in the head, died from his wounds on Sunday morning, Jonathan Pollak, a spokesman for the Popular Struggle Coordination Committee, told The Jerusalem Post. The 16-year-old, who was shot in the chest by Israeli security forces, was said by a Nablus doctor to have died on Saturday night. Hours after the second death was announced, some 100 Palestinians protested near the Gush Etzion settlement of Tekoa on Sunday morning.
Posted by thankgodimatheist at 6:50 AM