Fury as plan for new homes in East Jerusalem is agreed 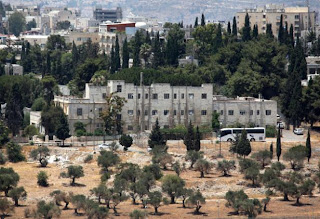 By Donald Macintyre In Jerusalem

"A fresh row that could place even further strain on US-Israel relations was triggered yesterday after Jewish settlers were given the final go-ahead to build 20 new homes in a highly sensitive part of Arab East Jerusalem.

Furious Palestinian negotiators denounced the approval for a settlement at the site of the old Shepherd Hotel in Sheikh Jarrah which started to come to light just before the Israeli Prime Minister Benjamin Netanyahu met the US President Barack Obama on Tuesday night....."
Posted by Tony at 4:06 AM