Iraqi refugees in Syria not going back soon 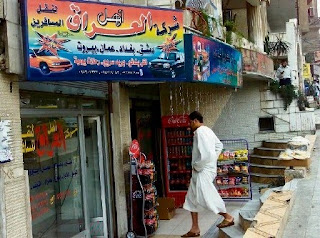 Hundreds of thousands of Iraqi refugees have been stuck in Syria for years. They are running out of money and into trouble.

".....Hundreds of thousands fled for Syria

Burud is just one of the hundreds of thousands of Iraqi refugees who have been living in Syria for years. Most of them do not live in refugee camps but have found a place amongst the Syrians. To date, 163,000 refugees have been officially registered with the UN refugee agency, UNHCR, but it is estimated that an additional 400,000 to 800,000 have not. “Perhaps they don’t need our help. Or perhaps they don’t trust us,” said Farah Dakhlallah, a spokesperson for the UNHCR in Damascus.

After the2006 bombing of Al Askari mosque in Samara set off a wave of violence between Sunni and Shia Muslims in Iraq, refugees started pouring into Syria in huge numbers....

The UN has yet to give the green light for them to return. “A lot of problems remain with general security,” Dakhlallah said, sitting in the UNHCR’s Damascus office. “In addition, power and potable water are not readily available. Unemployment levels are high. We do not believe that the conditions allow for a safe, permanent return, particularly in the five central provinces. A lot of work remains to be done there.”.....

But at the registration centre, dozens of new arrivals still awaited their turn. Every day, some 20 to 30 families, 150 a week, still check in here. Approximately 60 percent are fresh from Iraq....."
Posted by Tony at 4:08 AM