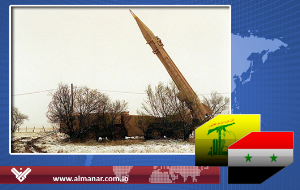 "15/04/2010 Once again Washington expresses concerns towards “Lebanon’s security” fearing that the arms of the Lebanese Resistance, which has defended and still defending the land against the Israeli aggressions, could harm the country without taking into consideration the Israeli threats and the daily violations for the Lebanese sovereignty.

According to the US administration “Israel has the right of self defense” and that right justifies its continuous armament while Lebanon has no such right in the US and Israeli dictionary....."
Posted by Tony at 3:31 AM