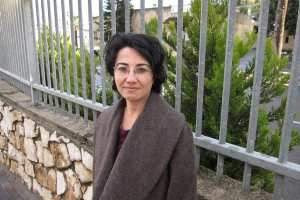 "NAZARETH, ISRAEL // An Arab member of the Israeli parliament is demanding that a newspaper be allowed to publish an investigative report that was suppressed days before Israel attacked Gaza in winter 2008.

The investigation by Uri Blau, who has been in hiding since December to avoid arrest, concerned Israeli preparations for the impending assault on Gaza, known as Operation Cast Lead.

In a highly unusual move, according to reports in the Israeli media, the army ordered the Haaretz newspaper to destroy all copies of an edition that included Mr Blau’s investigation after it had already gone to press and been passed by the military censor. The article was never republished.

Mr Blau has gone underground in London after the Shin Bet, Israel’s secret police, demanded he return to Israel to hand back hundreds of classified documents they claim are in his possession and to reveal his sources.

He published several additional reports for Haaretz in 2008 and 2009 that severely embarrassed senior military commanders by showing they had issued orders that intentionally violated court rulings, including to execute Palestinians who could be safely apprehended.

Haneen Zoubi, an MP who previously headed an Israeli media-monitoring organisation, said it was “outrageous” that the suppressed report was still secret so long after the Gaza attack......"
Posted by Tony at 4:10 AM