Kyrgyzstan Could Be Victory for Freedom – If US Allows It 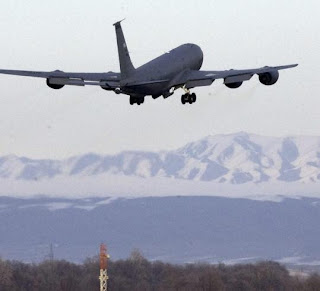 "....The United States has seen Kyrgyzstan as a military staging ground, but it is something more: a nation struggling toward freedom. Democracy has a better chance in Kyrgyzstan than anywhere else in Central Asia. If the new regime manages to consolidate itself in the coming days, the United States should approach it with humility rather than more demands. If it does, Kyrgyzstan — not Afghanistan or Pakistan — might emerge as the region’s democratic leader. That would be the kind of victory for freedom that American leaders say they want to win in this deeply troubled region."
Posted by Tony at 6:30 AM