FACING THE WRITING ON THE WALL IN KABUL 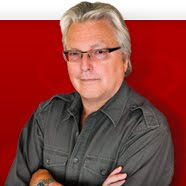 "....Washington intends to leave garrisons in Afghanistan after the 2014 announced pullout date, rebranding them “trainers” instead of combat troops. Their mission will be to keep the pro-US Afghan regime in power. But neither the US nor NATO will come up with the $4 billion promised in Chicago.

Washington is encouraging India to get ever more deeply involved in Afghanistan – even to become its new colonial power. India would be wise to keep its hands off.

In a second “Retreat from Kabul,” remaining US garrisons in Afghanistan may face the fate of the 1842 British invaders, cut off, ambushed, and hacked to pieces by the ferocious Pashtun tribesmen."
Posted by Tony at 7:38 AM