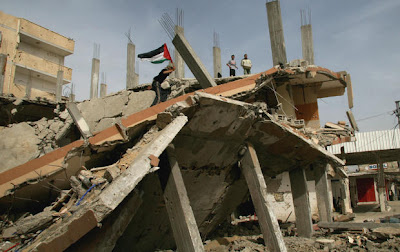 "“It is our patriotic obligation towards our people that we must reject any involvement by Israeli contracting companies in any development project in the occupied Gaza Strip,” said Osama Kahil, the Gaza-based head of the Palestinian Contractors Union, in response to reports that UNICEF has invited Israeli companies to bid for tenders to build a water desalination unit in Gaza.

Over the past week, the union has been in constant contact with UNICEF, the UN agency for children, as well as the Palestinian Authority in Ramallah and local groups in Gaza to oppose the reported invitations to Israeli firms....."
Posted by Tony at 7:06 AM