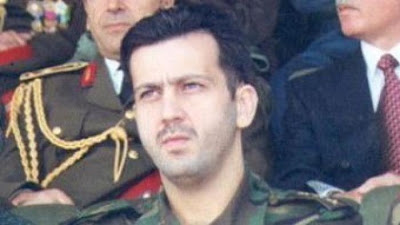 "New evidence has emerged that members of Bashar al-Assad's family and inner circle are directly ordering the commission of crimes against humanity in Syria. Experts in international law consider it "preposterous and completely implausible" that the president himself would be unaware of the systematic and widespread killing and torture.

Defectors from Syrian intelligence and security agencies, used by the regime to crush the revolt, claim that Assad's cousin issued shoot-to-kill orders against civilian protesters in Dera'a, the cradle of the insurrection. Kill quotas were reportedly issued to snipers tasked with assassinating pro-democracy activists.

They allege that Assad's brother Maher, a senior army commander, was among senior figures operating out of a secret command centre in Dera'a when orders were issued to contain a protest march by all means necessary. More than 100 civilians were shot dead. In addition, Maher is accused of ordering the indiscriminate mass punishment of the entire male population of a troublesome town, al-Moudamya, last year........
Posted by Tony at 12:02 PM