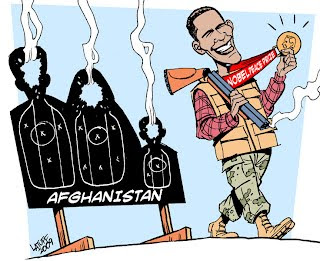 "President Obama, who ran for the nation's highest office on a promise to close Guantanamo and end the war in Iraq, has now become a president who personally oversees a covert assassination program that allows a small group of top US officials to monitor, select, and mark for death those it alone deems a threat to national security......"
Posted by Tony at 7:02 AM