Arming our own enemies in Iraq 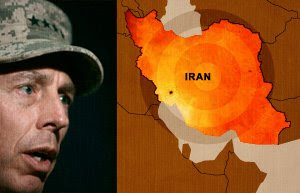 Bush officials claim that Iran has supplied grenade launchers to Iraqi militants -- but the real source of the weapons is U.S. negligence.

"June 6, 2008 In recent months, Gen. David Petraeus charged that Iran has supplied powerful rocket-propelled grenade launchers to Shiite militias in Iraq. But according to the U.S. government's own reports, there is no evidence to support that charge. In fact, the vast majority of RPGs in the hands of Shiite militants have come from either U.S.-purchased weapons intended for Iraq's new security forces, or from Saddam Hussein's old stockpiles, which the U.S. failed to secure when it took control of the country.

The Bush administration has long sought to create the impression that Iran has been playing a major military role in Iraq by supplying arms to Shiite militias, including the cleric Muqtada al-Sadr's powerful Mahdi army. But to date, U.S. military officials have offered scant or even dubious evidence of Iranian military involvement in Iraq -- and Petraeus' allegation about the RPGs is a clear-cut case of unsubstantiated charges........

The Mahdi army had abundant opportunities to gain access to the U.S.-supplied weapons. During 2005 and 2006, the Shiite militants successfully infiltrated the Iraqi police as well as parts of the Iraqi military and government. The police in Sadr City were effectively controlled by the Mahdi army, and the militants had also penetrated several Iraqi army units stationed there. In Basra, the Mahdi army was part of a consortium of Shiite militias that used their control over a key police office to get access to various kinds of weapons.

The military official responsible for the decision to rush ahead with massive arms transfers to the Iraqi Security Forces in 2004 and 2005 -- despite the absence of a dependable tracking system and the wide reach of the Shiite militias -- was the man in charge of training and equipping those Iraqi forces: Gen. David Petraeus."
Posted by Tony at 5:44 AM