Reflections on the 1967-war anniversary 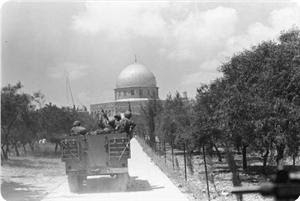 "Today marks the passage of 41 years since the outbreak of the 1967 war, or the Six-day war, as it is known in the Israeli political phraseology. However, despite overwhelming Israeli military and political advantages, mainly due to Zionist influence and predominance in the West, particularly the United States, it is amply clear that the Palestinian people are keeping up the struggle for freedom and justice and self-determination.

In this somewhat lengthy article, I will present some of my personal recollections in relation to life under the sinister Israeli occupation. Interestingly, the nightmares of the occupation have only become more ghoulish. Now Israel’s Nazi face is exposed to all and Sundry......."
Posted by Tony at 4:15 AM