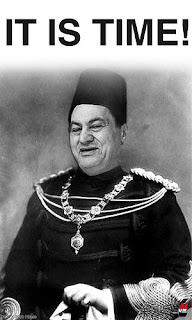 "The storm of terrorism blows strong around us and our enemies lie in wait," Prime Minister Ahmed Nazif told the assembly in advance of the vote. "Ordinary laws will not be enough to stop them."

Early Monday (May 26), President Hosni Mubarak abruptly issued a decree requesting an official extension of the state of national emergency until Jun. 1, 2010. Hours later, with virtually no time for debate, the assembly -- dominated by Mubarak's ruling National Democratic Party -- granted the request.

The emergency law, in place since the assassination of former president Anwar Sadat in 1981, grants the government sweeping powers of arrest without charge. It also gives the state free reign to censor media, ban popular demonstrations and conduct extensive surveillance on citizens suspected of representing a "danger to national security."....... "Egypt doesn't need an emergency law or new anti-terror legislation," he said. "Proposed anti-terrorism laws will only represent another means of restricting our freedoms. Normal laws, and the penalties they carry, should be enough to deal with any crime."

According to Zahran, the latest extension of the emergency law should put a quick end to lingering hopes of meaningful political reform.

"The state of emergency has gone from being an exceptional measure to a permanent fact of life," he said. "No one any longer expects this regime to take serious steps in the direction of democracy." "
Posted by Tony at 5:33 AM