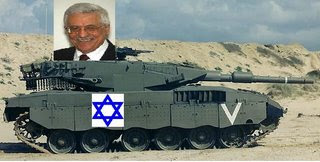 An Analysis by Tony Sayegh

Most observers were surprised today when Mahmoud Abbas read a pre-prepared short statement on his TV station in Ramallah in which he addressed the Palestinian people. He took no questions to help clarify his statement and this has added to the speculation about the purpose and the timing of this statement.

In the statement Abbas offered unconditional talks with Hamas and other Palestinian factions to “implement the previously agreed-upon document signed in Yemen” intended to “restore Palestinian national unity.” This is the same Abbas who until today had placed pre-conditions which he had known all along that Hamas could not accept. The chief “condition” has been that Hamas should restore the status quo in the Gaza Strip to before June 2007. In other words, the thug Dahlan and the Palestinian Contras armed and financed by Elliott Abrams and instructed to mount a coup against the elected Hamas government and start a Palestinian civil war, were to be restored to continue their Abrams’ mission in Gaza!

Curiously Abbas made no mention of this repeated demand this time and instead he stressed “unifying the Palestinian nation.”

Knowing the emotional nature of our people and the deep desire to heal this deep and festering wound, it is tempting to jump at this offer by Abbas and to let bygones be bygones. Hamas, which has been repeatedly offering an unconditional dialog with Abbas and what is left of his Fatah, jumped at the offer and praised it. While this makes political sense (on the part of Hamas), one has to ask why did Abbas change course, and why now?

Instead of being swept by emotions, the Palestinians have to be very wary of Abbas and are well advised to be very suspicious of his motives. I do not believe for one minute that the apparent change of course is because Abbas has suddenly turned into a Palestinian patriot; far from it. This is the same Abbas who met with Ehud Olmert just two days ago before Olmert left to the US for probably his last meeting with Bush and to address AIPAC urging a blockade and a declaration of war on Iran.

This is the same Abbas whose Dayton puppet forces are still coordinating the arrest of Palestinian activists with the IOF and who are still closing down Islamic charities and orphanages in the West Bank. Just two days ago, another Palestinian prisoner died under torture in Abbas’ dungeon in Al-Khalil (Hebron). This is the second confirmed death of a Palestinian under torture at the hands of Abbas’ “Preventative Security” thugs, and this happened after Abbas supposedly issued a decree ordering the stopping of torture!

Again, why the change of course and why now? There are several possibilities.

One can jump to the conclusion that this is further proof of the collapse of the Bush doctrine in the Middle East. This, after all, has come soon after the Hizbullah political and military victory in Lebanon and the routing of US-backed forces there. It is no secret that the so-called peace process launched just seven months ago in Annapolis, and described by Abbas as the greatest opportunity in two generations to establish a Palestinian state, has reached its predicted dead end. None other than Condoleezza Rice declared today that a peace agreement is not likely to be reached by the designated deadline, which is the end of this year. Jewish colonization of Jerusalem and the rest of the West Bank are proceeding at a feverish pace and a new law has been introduced in the Knesset declaring Jerusalem as the eternal capital of all Jews, around the world!

Did it take Abbas this long to realize that this is the end? One possibility is that he sees not just the demise of the “peace process” but the PA itself and he is trying to salvage anything of his tattered reputation as the Palestinian leader who has done more damage to the cause than any other Palestinian in three generations.

USrael has repeatedly warned Abbas that dialog and unity with Hamas will lead to the cutoff of the PA itself. Is it credible that Abbas and Fayyad can now do without the US and EU hush money? Not likely. And how about Abbas’ cronies and the hundred thousand PA employees whom Abbas controls by power of the purse? In short Abbas can not be serious in this reconciliation attempt.

Another thought is that after his meeting with Olmert on Monday, Abbas was told that Israel will conduct the long threatened big sweep of Gaza to topple Hamas and end the resistance. It is possible that such attack on Gaza will be a part of a bigger campaign against Hizbullah and Iran in addition, as the parting shot of both Bush and Olmert? In that case Abbas must have decided to rebuild his bridges towards Hamas so that he would not be seen as a traitor and a collaborator with Israel, when the big attack comes. He probably thinks that USrael will get rid of Hamas and restore him anyway, so why openly appear as a willing collaborator?

On May 28, his negotiator Erekat said this:

"Reaching an agreement this year was "critical," adding that the negotiations were at the point "where we were in Taba in 2001, and even beyond that." He did not describe the scope of the prospective agreement, but said, "there's no need for a 1,000-page agreement, but a document that includes parameters for the establishment of two states. Such an agreement will pass in a national referendum and will remove Hamas from power."

Another thought is that Abbas is planning presidential and early PLC elections. His standing and the standing of Fatah with the Palestinian public is lower than Bush’s standing with the American people. So, this attempted reconciliation with Hamas could be seen as an attempt to improve Fatah’s dismal chances.

A possible scenario is the big invasion of Gaza to topple Hamas, to be followed by manipulated elections, greased with US funds, which would restore Fatah to power. Abbas is trying to recast himself and Fatah as patriots and unifiers, in preparation for these events.

At any rate, Hamas should be very careful dealing with this stooge and to demand full accounting for all of his acts. A new course and a new liberation framework should then be rebuilt which involves most Palestinians, including those in the Diaspora, to involve them in the liberation struggle. This would be the right time to administer the coup de grace to the PA; it would not be one minute too soon.
Posted by Tony at 9:06 PM