'Fighting to break the Gaza siege'.....But the Zionist Pharaoh is Adamant! 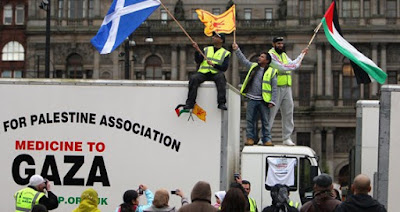 "George Galloway, a UK politician who is leading the convoy, tells Al Jazeera why the group must be allowed to proceed:

It was Christmas Day but there was no room at the Inn for the weary travellers.

Turned away by the Arab Republic of Egypt, the 500 members of the Viva Palestina Convoy to Gaza spent Christmas in a car park in Aqaba.

The last time so many Turks, Arabs and British were together in this town they were fighting the first World War against each other. Now, they are fighting to break through the siege on the Palestinian people in Gaza.....

Our medicines are in a race against the time of their expiry date and are spoiling in the desert sun, whilst people in Gaza die for the want of them......

I have written to Her Majesty Queen Rania of Jordan asking her to contact Madame Susan Mubarak who as well as being first lady of Egypt is the head of the Egyptian Red Crescent, to see if it is testosterone that's the problem.

The facts are these: more than 200 trucks and 500 people from 17 different countries gave up their Christmas holidays to try to help one and a half million Arabs and Muslims in Gaza.

We are four hours away, across the Red Sea from approaching Rafah. 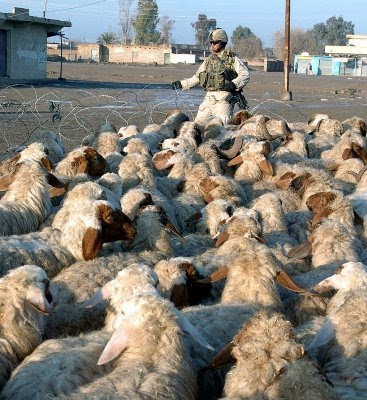 An Arab government will not allow us. The question is: What are 300 million Arabs going to do about this continued slow, quiet massacre of their brothers behind the wire?" [Answer: Nothing! They don't give a shit! .....Danish Cartoons? Now you are talking; they would be in rage about those.

How do you spell BACKWARD and COWARDLY??]
Posted by Tony at 3:05 PM