Gaza's border must be opened NOW 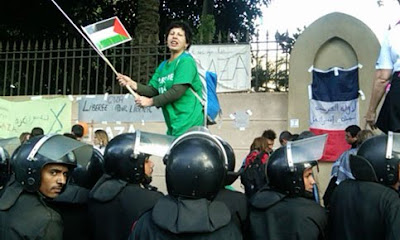 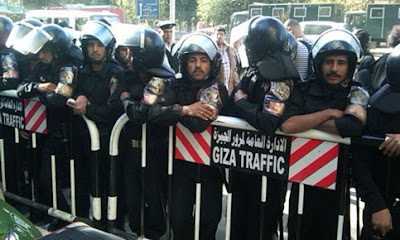 "This time is clearly different.

I have traveled to Gaza twice this year, in groups ranging from 40 to 60 persons, and although there was a lot of behind-the-scenes work involved in "greasing the wheels" with the Egyptian authorities, we pretty much sailed in. CODEPINK (the group that organized both of my previous trips) developed a well-earned reputation for being able to pull just the right levers to open the doors to the isolated enclave of Gaza
But too many months have gone by with no change in the crippling isolation of Gaza imposed by Israel and Egypt, and it was time to risk our privileged access to take our efforts to break the siege up a notch. Our numbers had to be massive enough to threaten the jailers' growing complacence and broad enough to send the message that this is a global movement that won't stop until the Palestinian people are given the freedom and justice they deserve. Thus, this time CODEPINK allied with a number of other organizations around the world, and the number of participants quickly ballooned to more than 1,300 from 43 countries. ....our message is also unapologetically political: the borders must be opened, to everyone, all the time. NOW.

We have obviously accomplished our objective. The jailers have taken notice and are running scared. So scared that we not only have been denied entry into Gaza, we have been threatened with arrest and deportation if we so much as carry a sign or gather in groups of more than six. Our reservation with a facility in downtown Cairo for an orientation meeting for delegates was canceled at the government's order, and requests to hold educational workshops instead were refused. In an even more audacious move that was aided and abetted by participants' own governments, consulate representatives were called to a meeting and apparently instructed to warn their residents not to come. In Spain, that warning was echoed in a news release. In Canada, individuals registered for the march or who had participated in past delegations received emails from their embassies. In Portugal, one marcher was called on his personal cell phone!.......

As I write this, we are still being refused entry to Gaza, and even permission to travel to al-Arish and Rafah on the border. Thirty-eight of our marchers tried to get to al-Arish on their own, but 30 were then put under house arrest in their hotel and eight were detained at the bus station. Every peaceful vigil or protest we staged was met with an "iron wall" -- and sometimes, by violence.

When the French contingent of about 450 persons asked for help from their embassy, and occupied the grounds of the building in protest when initial promises negotiated with the Egyptian government were reneged, they were surrounded by heavily-armed and helmeted riot police and refused permission to leave -- even for food or to use a toilet. At the time of this writing, their "occupation" is going on 48 hours now......

Meanwhile, it's a truism that controversy attracts media coverage. Our missions to Gaza have been ignored by the mainstream media in the past, but this time, Egypt's defensive and angry response attracted the attention of such mainstream media pillars as the BBC, the Associated Press, Newsweek and The New York Times. I am a communications professional, and Egypt has violated a tenet of Public Relations 101: The more you protest, the guiltier you look."
Posted by Tony at 4:27 PM