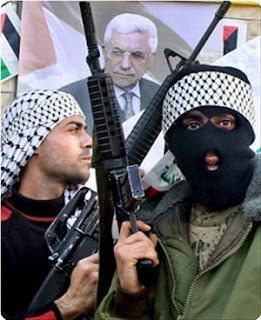 "GAZA, (PIC)-- The interior ministry in the caretaker government has announced on Sunday that the Palestinian police in Gaza managed at dawn to arrest three "vandals affiliated with Fatah mutiny trend" as they were planting an explosive package in Khan Younis.

In a press release received by the PIC, the ministry confirmed that it had arrested few days ago some individuals directly linked to the acts of explosion that had occurred in previous days, especially the incident of the explosive device which exploded in the perpetrators while planting it to the west of Gaza Strip in the vicinity of a site belonging to the Palestinian police as well as another explosion that was aimed at a force affiliated with the Palestinian police in the Zaitoun neighborhood to the east of Gaza.

The ministry stated that the investigations showed that these individuals were receiving their orders from some of Fatah leaders in the Gaza Strip who finance such criminal operations in implementation of orders issued by the "warlords in Ramallah" demanding them to raise acts of sabotage and bombings in these days.

The Brigades of the Palestinian victims killed by the Fatah mutiny trend warned on Saturday that it will strike strongly everyone trying to spread terror and death in the Gaza streets and alleys.

In a statement received by the PIC, the Brigades called on the misguided from Fatah in the Gaza Strip to reconsider their actions well before its patience runs out and starts to take revenge on those who had been granted amnesty.

The Brigades called on the PLC to lift the immunity of MP Mohammed Dahlan, the head of the mutiny trend, and to put him under house arrest until he is brought to trial, vowing that it will kill him sooner or later.

It also called on the media affiliated with Fatah to stop conducting interviews with the mutiny trend's leaders because they do not represent the Palestinian people and are wanted for involvement in murders and treason against Palestine and its cause.

In another context, Fawzi Barhoum, a Hamas spokesman, stated that Hamas is deeply concerned about the continuation of the PA security apparatuses' kidnap and torture of hundreds of Hamas leaders and members atop of whom Ahmed Dawlah under direct orders from PA chief Mahmoud Abbas and his illegally-appointed premier Salam Fayyad.

In a press release received by the PIC, Barhoum held the PA chief fully responsible for Dawlah's life who is being subjected to the ugliest forms of torture and maltreatment at the hands of Abbas's security apparatuses.

The spokesman called on Arab states, Red Cross, civil and human rights organizations and media outlets to have the audacity to uncover these crimes, their perpetrators, and the security coordination between the PA and Israel and to pressure Abbas to halt such practices."
Posted by Tony at 7:24 AM