Mideast Conference and the Illusive Peace 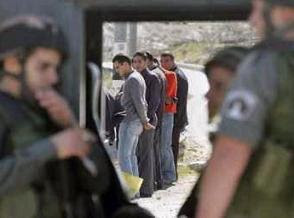 The Palestinian people are desperate for having peace with justice, but they are afraid the conference will lead only to protracted negotiations rather than the end of occupation.

"Until recently, Palestinian Authority (PA) officials including Abbas had been expressing reservations about the US sponsored November peace conference. Despite the repeated warnings that Abbas may not attend the conference unless certain conditions are met, he and the so called Arab moderates will not turn the invitation down. They are desperate for any action on the Palestinian issue and they have no control over events on the ground. Abbas government which is wholly dependent on the Americans, politically and financially, is not in a position to rebuff its main supporter, the US. And besides, the conference will be the only game in town.....

Abbas turns to consultation from Israeli and American officials not on how to end the Israeli occupation, but on how to defeat the Palestinian resistance. On August 19, 2007, Ha’aretz newspaper revealed a secret only the Israelis know. Ranny Lovenstein, an Israeli government official doubles as a consultant for Prime Minister Fayyad. Among his latest contributions to Abbas and Fayyad government was a plan on how to defeat Hamas in the next Palestinian elections, according to Ha’aretz....

The Palestinians will be served better if they assemble a new negotiating team that does not include any of those who negotiated and defended the Oslo accords. The Palestinians should not expand the concept of having “leaders for life” to include having “negotiators for life” despite their incompetence.....