Why Burma is not Iraq 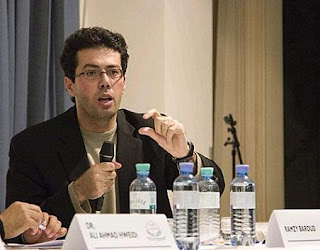 While Western leaders pay lip service to democracy in Burma, they won't intervene. Perhaps it's just as well

".....Humanitarian imperialism has proved more destructive than the injustices it supposedly eradicates. But expect none of that in the case of Burma, because intervention does not serve the interests of the influential parties -- not the West's, or China's, or Russia's. We may see a few sentimental meetings between Aung San Suu Kyi and representatives of the generals, and perhaps a few gestures of goodwill by the latter, at the behest of China and the West. But they will bring no sweeping reforms, nor meaningful democracy or human rights. These can only be achieved by the people of Burma, their monks, civil society activists, and by ordinary people.

If Iraq has been a lesson of any worth it is that the Burmese are much better off without American bombing raids or British napalm in the name of intervention. True reforms and democracy can only come from within, from the closed fists of the determined dispossessed. Indeed, Burma is not Iraq, and Thank God for that."
Posted by Tony at 9:04 PM