The sun sets early on the American Century 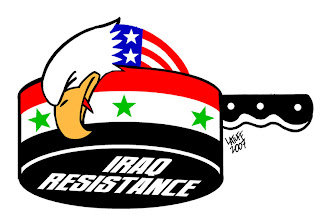 "The disastrous outcome of the invasion and occupation of Iraq has caused a crisis in the power elite of the United States deeper than that resulting from defeat in Vietnam 30 years ago. Ironically, it is the very coalition of ultra-nationalists and neo-conservatives that coalesced in the 1970s, seeking to reverse the Vietnam syndrome, restore US power and revive “the will to victory”, that has caused the present crisis.

There has been no sustained popular mass protest as there was during the Vietnam war, probably because of the underclass sociology of the US’s volunteer army and the fact that the war is being funded by foreign financial flows (although no one knows how long that can continue). However, at the elite level the war has fractured the national security establishment that has run the US for six decades. The unprecedented public critique in 2006 by several retired senior officers over the conduct of the war (1), plus recurrent signs of dissent in the intelligence agencies and the State Department, reflects a much wider trend in elite opinion and key state institutions......

For the US power elite, being on top of the world has been a habit for 60 years. Hegemony has been a way of life; empire, a state of being and of mind. The institutional realist critics of the Bush administration have no alternative conceptual framework for international relations, based on something other than force, the balance of power or strategic predominance. The present crisis and the deepening impact of global concerns will perhaps generate new impulses for cooperation and interdependence in future. Yet it is just as likely that US policy will be unpredictable: as all post-colonial experiences show, de-imperialisation is likely to be a long and possibly traumatic process."
Posted by Tony at 7:16 AM