The senator, his pastor and the Israel lobby 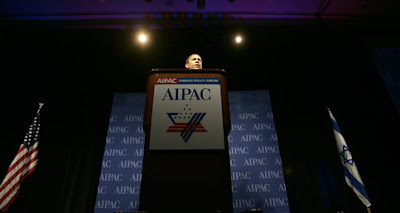 ".....Since his early political life in Chicago, Barack Obama was well-informed about the Middle East and had expressed nuanced views conveying an understanding that justice and fairness, not blinkered support for Israel, are the keys to peace and the right way to combat extremism. Yet for months he has been fighting the charge that he is less rabidly pro-Israel than other candidates -- which means now adhering to the same simplistic formulas and unconditional support for Israeli policies that have helped to escalate conflict and worsen America's standing in the Middle East. Hence Obama's assertion at his 26 February debate with Senator Hillary Clinton that he is "a stalwart friend of Israel.".......

Obama implicitly admitted that Wright's views were rooted in opposition to Israel's deep ties to apartheid South Africa, and thus entirely reasonable even if Obama himself did "not necessarily," as he put it, share them. Israel supplied South Africa with hundreds of millions of dollars of weaponry despite an international embargo. Even the water cannons that South African forces used to attack anti-apartheid demonstrators in the townships were manufactured at Kibbutz Beit Alfa, a "socialist" settlement in northern Israel. Until the late 1980s, South Africa often relied on Israel to lobby Western governments not to impose sanctions.

And the relationship was durable. As The Washington Post reported in 1987, "When it comes to Israel and South Africa, breaking up is hard to do." Israeli officials, the newspaper said, "face conflicting imperatives: their desire to get in line with the West, which has adopted a policy of mild but symbolic sanctions, versus Israel's longstanding friendship with the Pretoria government, a relationship that has been important for strategic, economic and, at times, sentimental reasons" ("An Israeli Dilemma: S. African Ties; Moves to Cut Links Are Slowed by Economic Pressures, Sentiment," The Washington Post, 20 September 1987)........"
Posted by Tony at 5:40 AM