Who Is Committed to the Security and Defense of the Palestinians? 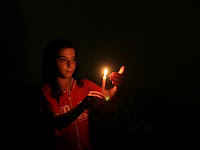 "......The present conditions of the Palestinians are rooted in the post-Oslo agreements that left Israel in control of their lives. The agreements have already prejudiced the likely outcome because they did not treat Israel as an occupier and left the core of the issues to be considered at the final stage. Three reasons weaken the Palestinians as negotiators to day. Arab nations are too weak or unwilling to extract concessions from Israel. The Palestinians enter the final negotiations as two tribes at odds with each other rather than one people, and the negotiating tribe is beholden to Israel. And the third reason is the negotiators are the same people who proved their incompetence when they negotiated the Oslo agreements.

A new strategy is necessary to improve the chances of any semblance of success. The Palestinians have to reconcile their differences and act as one people, and Arab nations must stop the rhetoric and get serious about their support to the Palestinians. And a new negotiating team stocked with experts and facts should be assembled to deal with the complexities of negotiating with the Israelis who have been preparing to absorb most of the occupied land into Israel since 1967 and may be before. .

The Palestinians and the Arabs may think about the realist theorist Kenneth Waltz statement that “those who do not help themselves, or who do so less effectively than others, will fail to prosper, will lay themselves open to dangers, will suffer”."
Posted by Tony at 6:11 AM