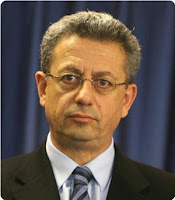 "RAMALLAH, (PIC)-- MP Dr. Mustafa Al-Barghouthi, the secretary-general of the Palestinian national initiative, called on the PA leadership to stop negotiations with the Israeli occupation immediately, pointing out that the Israeli violations and assaults had surged in an unprecedented manner since the Annapolis conference.

Dr. Barghouthi warned the PA of propagating the idea of a solution on the basis of a state within temporary borders or partial transitional solutions and tuning the final solution idea into a mere declaration of principles again, adding such solutions would torpedo the national rights of the Palestinian people and would provide Israel with a cover up to continue judaization and settlement activities.

The MP underlined that since Annapolis until today, the Israeli attacks on the Palestinians had increased by 300 percent, pointing out that the Israeli assaults in the West Bank alone surged by 46 percent which confirms that these assaults have nothing to do with the rocket attacks carried out by Palestinian resistance in Gaza.

He added that since the talk started about the Israeli goodwill gestures towards the PA, the IOA released 788 Palestinians prisoners and arrested in turn since Annapolis 2,175, three times as many as those released

Regarding the Israeli settlement activities, the lawmaker underscored that the settlement expansion had increased eleven fold since Annapolis compared to the period prior to the conference, pointing out that 9,432 new settlement units have been built in occupied Jerusalem and the West Bank in addition to 1,900 other units which were announced during the last week.

Barghouthi said that the number of the Israeli checkpoints in the West Bank increased from 521 to 580 barriers after Annapolis, adding that the expansion of the apartheid wall is going fast.

Regarding the Israeli allegation about the removal of 50 barriers in the West Bank in the wake of the American secretary of state's visit to the region, the MP explained that the Israeli decision to remove barriers was "theatrical and misleading" because they only removed one roadblock in the Jordan valley and some sand barriers including new ones that were deployed recently by the IOF troops in order to remove them before the media cameras."
Posted by Tony at 8:50 AM