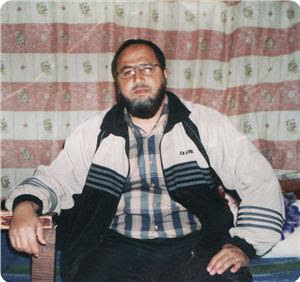 Al-Barghuti, the 42-year-old imam of a mosque in the village of Kobar, outside Ramallah, was arrested by the Palestinian Authority’s General Intelligence Service (GIS) on February 14, 2008, and pronounced dead on February 22.

The family retrieved al-Barghuti’s body on February 24. Photos taken of the body that day, viewed by Human Rights Watch, show deep and extensive bruising on the legs, feet and back, consistent with marks caused from beatings. Both wrists had lacerations, apparently from handcuffs.

On February 25, Human Rights Watch interviewed two men who said they had witnessed GIS members maltreating al-Barghuti in custody. Both men were in custody at the GIS headquarters at the time. They said they heard and saw al-Barghuti being beaten and then denied medical care.

One of the men, who claimed GIS officers also beat him extensively while he was hung from a hook on the wall, said he saw al-Barghuti in custody and then heard the security forces threatening and beating him. “We know you are with Hamas, where are the weapons?” they reportedly said. He said he also saw al-Barghuti at various times over a few days handcuffed to a wall with his hands behind his back. Human Rights Watch saw lacerations on both wrists of the witness, which he said were from metal handcuffs digging into his skin.

The other witness, interviewed separately, said he saw al-Barghuti in a variety of stress positions, known in Arabic as shabah. In one position, Al-Barghuti had his hands tied behind his back and was hanging from the wall with his toes just touching the ground. In another position, his arms were tied behind his back and he was forced to stand with one leg in the air. The man said he also heard sounds of al-Barghuti getting beaten with a plastic pipe. “He kept yelling ‘God help me!’” the man said.

After three days in detention, both men said, they heard al-Barghuti telling the guards that he was vomiting blood. GIS officers took him to the hospital for a few hours and then brought him back. “I saw him,” one of the witnesses said. “His feet and hands were black and blue. He was shivering and his eyes were rolled back. He was being held up by two guys.”......

In addition to the credible allegations of torture, Palestinian Authority security forces committed other violations of Palestinian and international law in their handling of the case, Human Rights Watch said. Al-Barghuti, as well as the other two men in custody at the same time, were not informed of the reasons for their arrest, allowed to see a lawyer, or brought before an investigative judge, as Palestinian law requires after 24 hours in detention. Al-Barghuti also seems to have been denied prompt medical care.

Since June 2007, when Hamas routed Fatah forces in Gaza and took control there, Palestinian Authority security forces have arrested hundreds of people in the West Bank, mostly men, without charge. Most of the victims have been members, supporters, or suspected supporters of the Palestinian group Hamas. Lawyers and local human rights groups say that due process violations are the norm, as is physical maltreatment, especially the stress positions known as shabah......

Human Rights Watch urged the Palestinian Authority to:
• Duly implement the recommendations of the Palestinian Legislative Council’s ad hoc committee investigating al-Barghuti’s death;
• Commence proceedings by the attorney general, including any necessary further investigation, with a view to holding accountable those persons found to have violated Palestinian or international law;
• Have the attorney general regularly monitor all detention facilities run by GIS, Preventive Security, and the police; and
• Allow Palestinian human rights organizations access to monitor detention facilities. The only organization currently allowed to monitor such facilities is the Palestinian Authority’s human rights commission, the Palestinian Independent Commission for Citizens’ Rights (PICCR), and its visits are sometimes blocked. "
Posted by Tony at 7:39 AM