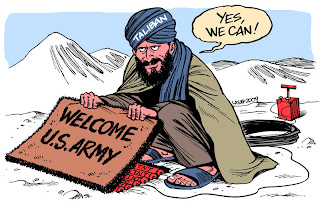 "Eight Americans are reportedly among those killed in a car bomb attack against the US-founded Counterinsurgency Academy in the Afghan capital Kabul.

An Afghan army officer on the scene said 22 people, including eight Americans, were killed in the car bomb attack against a NATO convoy, according to a DPA report.

The unnamed officer added that three US vehicles were destroyed in the incident.

The Taliban have claimed responsibility for the attack. "We claim responsibility. The attack, which was a suicide car bomb, was carried out by one of our mujahedeen," Zabihullah Mujahed, a Taliban spokesman told AFP by telephone from an undisclosed location.