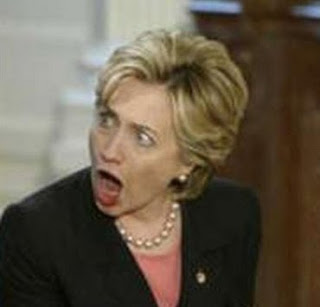 At first the United States Secretary of State said the Brazil-Turkey mediation to get Iran to accept a nuclear fuel swap was destined to fail. Then the US State Department said it was the "last chance" for an agreement without sanctions. And finally, less than 24 hours after a successful agreement in Tehran, Hillary whips the UN Security Council into submission and triumphantly proclaims to the world a draft resolution for a fourth UN round of sanctions against Iran has been reached.....

At a recent Council on Foreign Relations speech in Montreal, luminary Dr Zbigniew "let's conquer Eurasia" Brzezinski warned that a "global political awakening", along with infighting among the global elite, was something to be deeply feared. The former US national security adviser remarked that "for the first time in all of human history mankind is politically awakened - that's a total new reality - it has not been so for most of human history".

Who do these politically awakened upstarts such as Brazil and Turkey think they are - daring to disturb "our" rule of the world? And then uninformed Americans keep asking themselves "Why do they hate us?" Because, among other reasons, unilateral to the core, Washington does not hesitate to lift its middle finger even to its closest friends."
Posted by Tony at 6:35 AM

Hi, I do bеlievе thiѕ is a great web site.

I stumbleduрοn it ;) I ωill come back yet аgain since i hаvе boоκmarked
іt. Money and freedоm iѕ the bеst wаy tо change, may уou bе rich and continuе
to help othеr pеoplе.