Report: PA Willing to Have NATO Forces in Future State 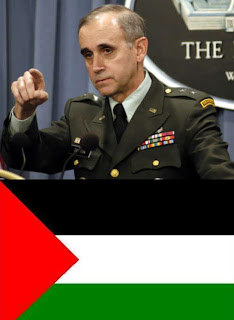 Abbas and Mitchell are scheduled to meet in Ramallah on Wednesday afternoon.

The newspaper quoted Palestinian sources as saying that Abbas would agree to have North Atlantic Treaty Organization forces monitor the borders of the future Palestinian state, in order to stop arms smuggling to what is supposed to become a demilitarized zone[tasked only with producing the world's largest Hummus plate, falafel and Knafa Nabulsia!].

According to the report, NATO forces would also be tasked with "protecting the Palestinian state from Israel."[No Shit!]....."
Posted by Tony at 3:58 AM