Will Hezbollah Support Right to Work for Palestinian Refugees? 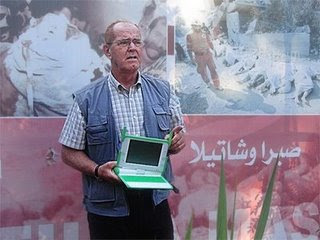 "The current relationship between Palestinian refugees in Lebanon and Hezbollah is not as clear cut as often assumed, despite the frequent inspiring brotherly words of Hezbollah’s leadership and the fact that the Party enjoys the support of more than 90% of the camp refugees, none of whom can vote. What this means is that the willingness of the Lebanese Resistance to spend its domestic political capital to legislate the right work to work for Palestinian refugees is not settled as of mid-May 2010.....

To add to Hezbollah’s political problems on this issue, longtime Palestinian nemesis Samir Geagea (“I was born with my views on Palestinians!”, he jokingly told one interviewer recently) and the Lebanese Forces have been making a significant political comeback since his July 2005 release from prison, including in this month’s municipal elections. “Geagea’s Christians” are cutting into Amin Gemayels Phalange Party and his other Christian rival Michel Aoun’s Free Patriotic Movement. This could be part of the reason why Aoun, a key Hezbollah ally, when asked about granting civil rights to Palestinian refugees, squints, gets red faced and starts badmouthing the idea and reminds his audience, that “there are 500,000 Palestinian refugees in Lebanon and our country is going to implode, Ya Allah.” Actually, General Aoun inflates the true figure which is close to 250,000 Palestinian refugees remaining in Lebanon although 423,000 are registered with UNWRA.

Hezbollah is expected to add to its public endorsements of civil rights for Palestinian refugees in Lebanon by declaring soon exactly what it intends to do in Parliament. It is said to be studying the various proposals and quietly discussing the issue with a wide range of parties, Palestinian factions and local and international NGO’s. Some political analysts in Lebanon believe as Hezbollah goes on the right to work for Palestinian refugees so goes Parliament. The consequences of its decision will be major for the Lebanon’s refugees, the region and the National Lebanese Resistance."
Posted by Tony at 9:02 AM