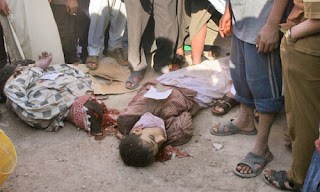 How Islamist gangs use internet to track, torture and kill Iraqi gays

"Sitting on the floor, wearing traditional Islamic clothes and holding an old notebook, Abu Hamizi, 22, spends at least six hours a day searching internet chatrooms linked to gay websites. He is not looking for new friends, but for victims.

"It is the easiest way to find those people who are destroying Islam and who want to dirty the reputation we took centuries to build up," he said. When he finds them, Hamizi arranges for them to be attacked and sometimes killed.

Hamizi, a computer science graduate, is at the cutting edge of a new wave of violence against gay men in Iraq. Made up of hardline extremists, Hamizi's group and others like it are believed to be responsible for the deaths of more than 130 gay Iraqi men since the beginning of the year alone....... 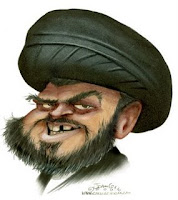 According to Human Rights Watch, the Shia militia known as the Mahdi army may be among the militants implicated in the violence, particularly in the northern part of Baghdad known as Sadr City. There are reports that Mahdi army militias are harassing young men simply for wearing "western fashions".
A Ministry of Interior spokesperson, Abdul-Karim Khalaf, denied allegations of police collaboration. "The Iraqi police exists to protect all Iraqis, whatever their sexual persuasion," he said.
Hashim, another victim of violence by extremists, was attacked on Abu Nawas Street. Famous for its restaurants and bars, the street has become a symbol of the relative progress made in Baghdad. But it was where Hashim was set on by four men, had a finger cut off and was badly beaten. His assailants left a note warning that he had one month to marry and have "a traditional life" or die. "Since that day I have not left my home. I'm too scared and don't have money to run away," Hashim said."
Posted by Tony at 4:13 AM