The Worms in the Apple 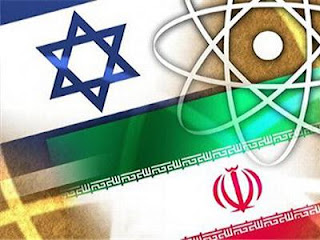 Who's really behind that "bipartisan" call to attack Iran?

"......
I have long held that the invasion of Iraq, and subsequent military occupation, was engineered by a group of neoconservatives whose primary loyalty is not to the US, but to Israel. I said that at the very outset of the debate over whether to launch a military strike, and, although my view was far from popular at that time, as events progressed it became less controversial: the evidence for it was too overwhelming to be summarily dismissed. This time, as we enter the first stages of a debate over going to war with Iran, I make the same accusation against the War Party – and the background and arguments of Makovsky-Rubin make my point very well indeed.

No, it isn’t because they’re Jewish: there are plenty of Jews (no doubt the vast majority of American Jews) who oppose the madness of going to war with Iran. Their past record, however, of pro-Israeli extremism, as well as their organizational affiliations and published writings, are what raise the question of dual loyalty. In advocating that we start what would, in effect, be a world war, in order to eliminate the alleged "existential threat" to Israel posed by a nuclear Iran, whose interests would they be serving? Surely not America’s.

If the Israelis have launched a covert operation in this country designed to push us into war – not the first time such an effort has been made by a foreign power, and no doubt not the last – one can hardly blame them. They, after all, are simply doing what all nation-states everywhere do: pursuing their own national interests. One could certainly argue that Israel’s interests would not be served by such a war, but, really, that’s not my shtick, as they say: I’m concerned with what’s in America’s interests – which is what really puts me on the other side of the barricades from Makovsky and Rubin........"
Posted by Tony at 3:59 AM