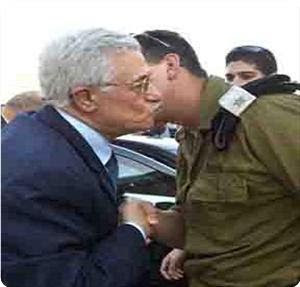 "RAMALLAH, (PIC)-- Israeli war minister Ehud Barak has said that Israel's security had greatly improved over the past year thanks to the efforts of Fatah leader Mahmoud Abbas's security forces in the West Bank.

Radio Israel quoted Barak as saying during a meeting with the governor of Jenin Mousa Qaddoura and the chairman of the Gilboa regional council Danny Attar on Tuesday that his forces along with those of Abbas had contributed to such improvement.

For his part, Dr. Abdul Sattar Qassem, a political science professor at Al-Najah University and a former presidential candidate, said in a press statement on Tuesday that certain Palestinians recognize the Israeli "occupation's security needs".

Qassem said that agreements between the Palestinians and Israel entail joint combat of resistance fighters."
Posted by Tony at 9:29 AM