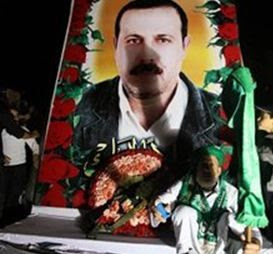 "....The tunnels that represent the lifeline for the vast majority of Palestinians in Gaza are being routinely blown up by Israeli warplanes, detonated by dynamites and blocked by an Egyptian steel wall. Gazans cannot be allowed any weapons to defend themselves either. The "international community" has held many meetings to ensure that no weapons find their way to Gaza. The US in particular is utterly firm regarding this issue - although not at all firm about ensuring that food or medicine reach the Strip.

Mabhouh may have been killed due to Israel's belief he was arming the resistance. This partly explains why the "international community" is not at all moved by the murder. Mabhouh might have been involved in breaking the Western consensus on denying Gaza both food and arms.

The European Union is only worried about its link to the story, and not the murder itself. An EU statement issued in Brussels on February 22 condemned the "fact that those involved in this action used fraudulent EU member-states passports". They didn't name Israel though. As the Financial Times resolved, "Criticism of Israel was as strongly worded as the EU could manage, given that Germany, Italy and several other countries place great emphasis on close relations with Israel."

One can only imagine what would happen if Hamas decided to strike back, expanding the battleground from Gaza to the rest of the world. Would the EU express disapproval of Hamas' use of fraudulent passports, but then refrain from actually naming the group - due to a fear, say, of upsetting Muslim countries?