Relax, the Empire's in Safe Hands 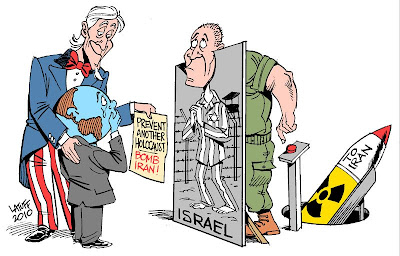 "Are they really bumblers? The establishment’s opinion columns quiver with reproofs for maladroit handling of foreign policy by President Obama and his secretary of state, Hillary Clinton. Meanwhile, those who cherished foolish illusions that Obama’s election might presage a shift to the left in foreign policy fret about “worrisome signs” that this is not the case.

It’s true that there have been some embarrassing moments.... 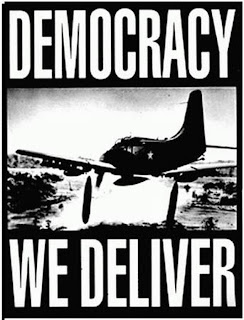 Israel? Not one substantive twitch has discommoded the benign support of Israel by its patron, even though Obama stepped into power amid Israel’s methodical war crimes – later enumerated by Judge Goldstone for the U.N. – in Gaza. Consistent U.S. policy has been to advocate a couple of mini-Bantustans for the Palestinians and, under Obama, the U.S. has endured no substantive opposition to this plan from its major allies.

With Iran, there is absolute continuity with the Bush years, sans the noisy braggadocio of Cheney.....

China may thunder about the Dalai Lama and Taiwan – but, on the larger stage, the Middle Kingdom’s world heft is much exaggerated....

All of this is scarcely a catalogue of bumbledom. Obama is just what the Empire needed. Plagued though it may be by deep structural problems, he has improved its malign potential for harm – the first duty of all U.S. presidents of whatever imagined political stripe."
Posted by Tony at 8:58 AM