The Decline of Israel: Interview with Jonathan Cook 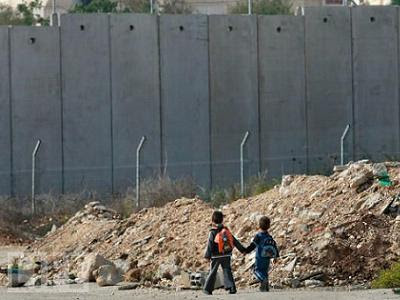 In a wide-ranging interview with the New Left Project, Nazareth-based journalist Jonathan Cook describes the increasingly repressive nature of Israeli society and the prospects for a solution to the Israel-Palestine conflict

"NLP: What did you make of Ehud Barak’s recent comparison of Israel to South Africa?

JC: We should be extremely wary of ascribing a leftwing agenda to senior Israeli politicians who make use of the word “apartheid” in the Israeli-Palestinian context. Barak was not claiming that Israel is an apartheid state when he addressed the high-powered delegates at the Herzliya conference last month; he was warning the Netanyahu government that its approach to the two-state solution was endangering Israel’s legitimacy in the eyes of the world that would eventually lead to it being called an apartheid state. He was politicking....

NLP: You have described how Israel is becoming increasingly repressive regarding its own Arab population. In what ways?

JC: Let’s be clear: Israel has always been “repressive” of its Palestinian minority. Its first two decades were marked by a very harsh military government for the Palestinian population inside Israel. Thousands of Bedouin, for example, were expelled from their homes in the Negev several years after Israel’s establishment and forced into the Sinai. Israel’s past should not be glorified.

What I have argued is that the direction taken by Israeli policy since the Oslo process began has been increasingly dangerous for the Palestinian minority. Before Oslo, Israel was chiefly interested in containing and controlling the minority. After Oslo, it has been trying to engineer a situation in which it can claim to no longer be responsible for the Palestinians inside Israel with formal citizenship.....

NLP: You describe the long time anti-occupation activist and writer Uri Avnery as being a “compromised critic” of Israel. What do you mean by this? What is wrong with Avnery’s position on the occupation?

JC: There’s nothing wrong with Avnery’s position on the occupation. He wants to end it, and he has worked strenuously and bravely to do so over many decades.

The problem derives from our, his readers’, tendency to misunderstand his reasons for seeking an end to the occupation, and in that sense I think his role in the Palestinian solidarity movement has not been entirely helpful. Avnery wants the occupation to end but, it is clear from his writings, he is driven primarily by a desire to protect Israel as a Jewish state......

NLP: You are an advocate of a one state solution to the conflict. Given the overwhelming opposition of most Israelis to such a solution how is this to come about?

JC: Let me make an initial qualification. I do not regard myself as being an “advocate” for any particular solution to the conflict. I would happily support a two-state solution if I thought it was possible. I do not have a view about which technical arrangement is needed for Palestinians and Israelis to live happy, secure lives. If that can be achieved in a two-state solution, then I am all in favour.

My support for one state follows from the fact that I have yet to see anyone making a convincing case for two states, given the current realities. Those in the progressive community who advocate for the two-state solution seem to do so because their knowledge of the conflict is based on understandings a decade or more out of date....

NLP: Other writers such as Noam Chomsky and Norman Finkelstein argue in favour of a two-state solution, pointing out that world opinion and international law is firmly on the side of such a solution. How do you respond?

JC: Much as I respect Finkelstein and Chomsky, I find those arguments unconvincing......"
Posted by Tony at 4:11 AM