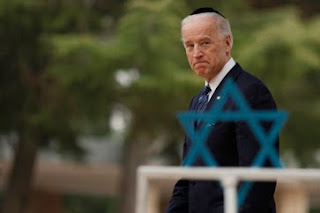 By its continued settlement expansion, Israel makes the two-state solution ever harder to realise

(Oh, the Guardian is so concerned about Israel's OWN interest; touching indeed!)

"Politics is ultimately about interests. Morals and highfalutin principles have their place, but a more reliable truth is that governments and countries usually act in their own self-interest. Usually. The way Israel greeted the visiting US vice-president, Joe Biden, this week offers an intriguing exception to the rule, a rare instance of a state acting in a way that brings itself almost no benefit and delivers a huge amount of self-inflicted harm.....

The harm done to Israel's own interests is huge. It is bad enough to insult your most loyal ally, especially when that ally happens to be the sole superpower, with unique influence over the region. But it is positively reckless to insult the figure widely acknowledged to be Israel's greatest friend within the entire US administration, a man who proudly calls himself a Zionist.
Above all, Israel's move came just as the US was set to announce a new round of proximity talks with the Palestinians. Predictably, those have now been jeopardised. And yet what is the ultimate aim of those talks and the entire Middle East peace process? It is the establishment of a viable Palestinian state alongside a secure Israel. That scenario is the preferred outcome of a vast international consensus, but it is also, as most Israelis now recognise, in the best interests of Israel itself. By its continued settlement expansion, and its cack-handed treatment of its friends, Israel makes the two-state solution ever harder to realise. That is not just bad news for the Palestinians; it is bad for Israel [tsk, tsk!]."
Posted by Tony at 5:12 AM