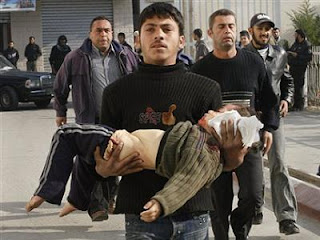 How much can a person take before snapping?
By Stuart Littlewood – London

'The suicide bomber wrote that he began to live the day he came to know he was to die. Where did he get this passion to kill?' -- Mahesh Bhatt

Here in the civilised West we hate suicide bombers with a passion.

We’re taught that the proper way to blow fellow humans to smithereens is to do it from 40,000 feet.

Or failing that, send Apache helicopter gun-ships at street level firing their laser-guided missiles and 30mm cannon.
Or failing that, turn loose our main battle tanks to shred and vaporize the “enemy”, reduce their homes to rubble with DU shells and spread birth defects for generations to come.

Nowadays we don’t even have to leave home to do it. We can train our really brainy chaps to steer armed drones to the target from the comfort of an armchair.

B-52s, F-16s, Apaches, drones and tanks… that’s the ticket. Awesome hardware gives any murky mission a moral superiority that gets nods of approval from the governing élite in the drawing rooms of London and Washington.
What is not acceptable is delivering the high explosive in person, all the way to the target, and looking your enemy in the eye as you push the detonator. That simply isn’t cricket.
Posted by thankgodimatheist at 6:40 PM