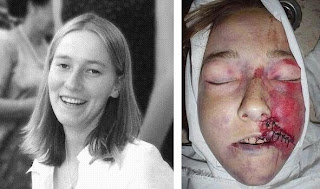 "Seven years after Rachel Corrie, a US peace activist, was killed by an Israeli army bulldozer in Gaza, her family was to put the Israeli government in the dock today.

A judge in the northern Israeli city of Haifa was due to be presented with evidence that 23-year-old Corrie was killed unlawfully as she stood in the path of the bulldozer, trying to prevent it from demolishing Palestinian homes in Rafah.....

Although Israel has agreed to let in the four ISM witnesses, it has refused to allow Ahmed Abu Nakira, a doctor in Gaza who treated Corrie, to attend the hearing or to be questioned over a video link.

The lawsuit accuses the Israeli government of being responsible either for Corrie’s intentional killing or for the negligent conduct of its soldiers towards unarmed demonstrators....

In recent weeks the ISM’s office in the West Bank has been raided several times by the Israeli army, with computers and documents taken.

Mr Abu Hussein said he would be arguing in court that the D-9’s manual specifically states that work must not be carried out with civilians nearby, and that the state ignored a judicial decision that a US embassy representative be present at Corrie’s autopsy."
Posted by Tony at 9:07 AM