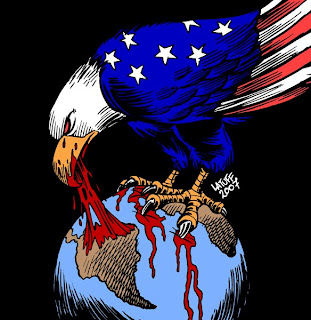 ".......Three strikes and you’re out, Mr. Obama. Your government stands for preemptive killing and missile strikes on people living in countries with which America is not at war, lets torturers and torture enablers go free, and has asserted the right to assassinate its own citizens anywhere in the world based on secret evidence. Ronald Reagan once described his vision of America as a shining city on a hill. Over the past ten years the shining city has become the ultimate rogue nation, pumped up with power and hubris in spite of the clearly visible signs of decline and moving inexorably towards a catastrophic fall."
Posted by Tony at 4:42 AM