Once again, a nation walks through fire to give the West its 'democracy' 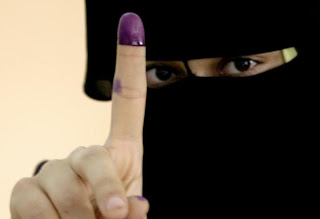 This time, the Sunnis did vote. And we Westerners tried to forget the past, even the recent past. Few news reports recalled that only weeks ago hundreds of candidates, most of them Sunnis, were banned from standing on the grounds that they had once had links with the Baath Party. It was a clear return to sectarian politics. Shias who were close to Saddam still hold their jobs in the "democratic" Iraq for which the Iraqis supposedly went to vote yesterday.

Under Iraq's new laws, the electoral system has been jiggled to ensure that no single party can win power. There has got to be a coalition, an alliance – or a "broad alliance" as the television analysts were telling us – among whomever of the 6,000 candidates from 86 parties gain seats in parliament. But all this means is that the next sectarian government will hold power according to the percentage of Shia, Sunni and Kurdish communities in Iraq....."
Posted by Tony at 4:40 AM