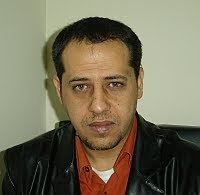 "BRUSSELS, Mar 8 , 2010 (IPS) - For the first time since September 2006, Mahmoud Abu Rahma, a leading figure in the Palestinian human rights group Al Mezan, has been granted permission to travel outside Gaza.

More than 30 applications to leave the strip had previously been turned down by the Israeli authorities and it was not until German diplomats made representations on his behalf that he was finally allowed to visit Europe.

Rahma has been calling on European Union (EU) diplomats to hold Israel accountable for its attacks on innocent Gazans during the war it waged in late 2008 and early 2009. Yet convincing the EU to take a more robust line against Israel is an arduous task; only five of the Union’s 27 countries have supported the report on the Gaza war by a United Nations investigative team led by Richard Goldstone, a retired South African judge. The report found that there was no justifiable military objective for Israel’s targeting of civilians in that offensive.

Q: Why have you been prevented from leaving Gaza for three-and-a-half years?

A: There was one occasion when we had a meeting with the [Belgian] ministry of foreign affairs here. The Belgian ambassador intervened and the Israelis informed him that the director of my organisation and myself would be allowed to cross Erez [the crossing between Gaza and Israel]. And the next day they cancelled the papers. But other than that, we usually hear words like "rejected" without any explanations. Or "rejected for security reasons". More recently, we starting hearing the term "no sufficient grounds to grant a permit".

The Israeli policy now is that movement is allowed only for humanitarian reasons. They have this definition about minimum humanitarian needs, which is not in international law, but it has been adopted by the Israeli high court. And it is being implemented everywhere.

But this time the German embassy and many other embassies intervened and I managed to leave – eight days late......

Q: You have been documenting the use of pilotless drones – also known as unmanned air vehicles (UAVs) – by Israel. Is there a case for banning these weapons?

A: Based on our documentation on the number of drone attacks on Gaza during last winter’s war and based on the number of victims that have been documented and based on how most of these victims were actually civilians – many of them were children – the weapons that killed most civilians last winter were drones. They failed with excellence between distinguishing civilians and combatants....."
Posted by Tony at 4:04 AM