The amazing true story of Zeitoun 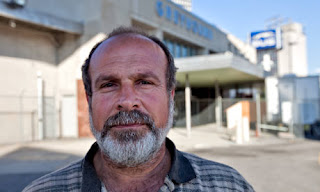 Abdulrahman Zeitoun is the real-life hero of Dave Eggers's new book. In the aftermath of hurricane Katrina he paddled from house to house in a canoe, offering help to his neighbours. For his trouble, he was arrested as a suspected terrorist
"At the centre of the book is Kathy's husband, Abdulrahman, or Zeitoun as he is universally known, a New Orleans building contractor who has attained almost mythical status. Not only is he the dominant character in the 339 pages of Eggers's book, but in the US press he has been dubbed an "all-American hero" for the phlegmatic way he conducted himself in the midst of catastrophe."
Posted by thankgodimatheist at 10:21 PM

Hello! Someone in my Myspace group shared this website with
us so I came to look it over. I'm definitely loving the information. I'm bookmarking and will be tweeting this to my followers!
Wonderful blog and terrific design.