Is the PA Guilty of undermining BDS Campaign? 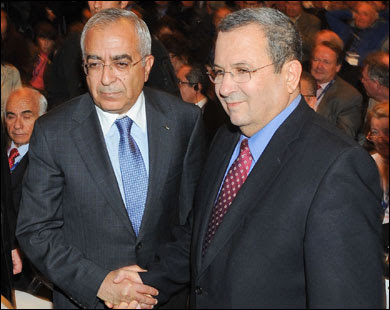 ".....Having established the reality of existing Industrial Zones let’s examine what we know about the new Industrial Zones that are coming into being under Netanyahu’s “economic peace” plan. Today, we are looking at the development of 3 or 4 new joint Palestinian Israeli industrial zones in the West Bank. The key words here are Joint Palestinian Israeli. This is significant to the BDS campaign because it introduces a new sinister twist to an already tragic tale. Products made in these Zones will have a “made in Palestine” stamp and therefore these zones will have an advantage that previous Israeli Industrial zones in the OT didn’t, they can now act as gateways to the Arab and World markets which have in the past rejected products made in the Israeli settlements.

The first and largest Joint Industrial Zone is being built near Jenin and it is predicted to be operational by 2011. According to a report by Shir Hever from Alternative Information Center in Jerusalem (AIC) (7) all of the new joint Industrial Zones will have a gate on the Palestinian side where Palestinian workers can come and go and another entrance on the Israeli side where the products go out into Israel for export or sales. Products from these zones can only be exported through Israeli companies. Hever reported that the zones are under strict security control and although they are built on Palestinian land, the security will not monitored by Palestinians but by private companies approved by Israel. Also, that all the Industrial Zones will be walled in by one side by the apartheid wall....."
Posted by Tony at 4:40 AM