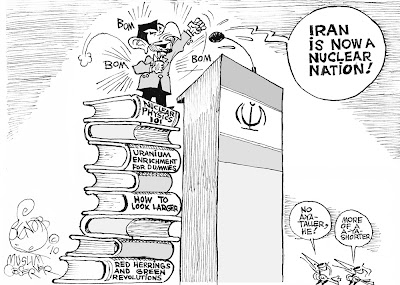 The United States and its allies have been exerting political and propaganda pressure and have issued resolutions against the Iranian nation. All their efforts have failed and Iran has now become a nuclear country, President Ahmadinejad said the in an address to the people of the northern city of Karaj on Tuesday....."
Posted by Tony at 3:20 AM